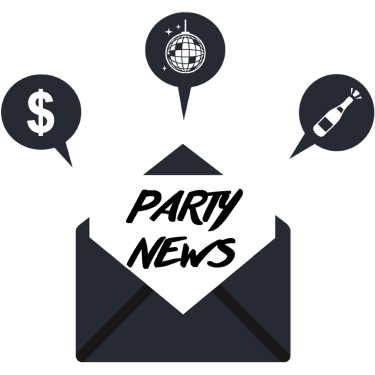 Sign-up to our newsletter, and receive our party guidebook 'The Party Bible'. We will also send the latest party news and top discounts and party offers

One more thing... Join the fastest growing party community in Europe. LIKE US on Facebook NOW That is also FREE!

Top 6 Best Party Islands In Europe You Must Visit

For others, the summer is also the time of year dedicated to large electronic music festivals, or non-stop partying at beach or on a boat. Fear not party lovers, we have got an incredible selection of party island destinations that will keep you going the whole summer. We proudly present the Top 10 of the best party island in Europe starting with… 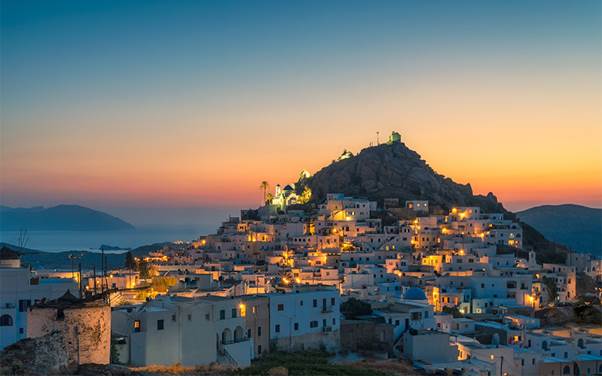 If Mykonos is on your island hopping list, then Ios would be a good alternative. Ios is another Greek island in the middle of the Aegean Sea and south to Mykonos. You won't find super nightclubs or fancy crowds on their yachts, but rather a little white village perched on top of a hill. Ios is an authentic Greek village with white houses all round and extremely narrow street (we challenge you not to get lost). However, the main village, Chora, is filled with a large amount of small bars all with different theme. For example, the red bull bar serving drinks only made from red bull. The slammer where you get hit on the head by all sorts of objects including a fire extinguisher or a skateboard (don't worry, you wear a helmet). Shush with its silent disco bars. They are plenty of places to choose from. For 25€, you can go on a bar crawl and explore the Ios maze with other party-goes. Money-wise, Ios is not the cheapest place to reach and the drinks can get quite expensive between 4 and 6€. The crowd is mainly Australian which explain the prices. 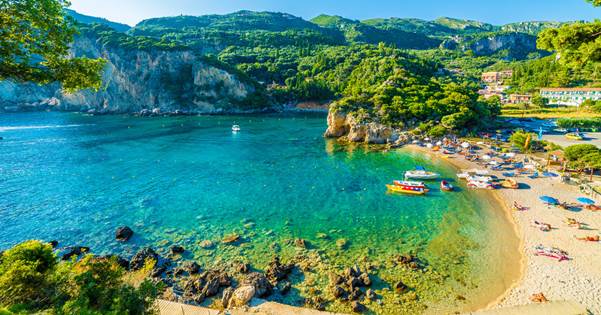 Kavos mainly attracts UK tourists, particularly teenagers and those in their 20's who recently passed their A-levels or graduated. The nightlife is concentrated along one street (42th street) with bars and clubs lined up next to each other. Don't expect any glamour or rich kids, Kavos appeals to tourists who want an inexpensive, no frills party holiday, however we won't recommend Kavos if you can't bear a hord of drunk teenagers and basic facilities.

Otherwise, drinks are cheap (a couple of euros), music is loud and the crowd is mainly British throughout the summer. The music genres ranges from commercial, to techno and retro antics tunes. If you love partying in the UK, you will love Kavos.

Some of the best nights take place at Club S-ex puts on an infamous foam party, Limelights for top house tunes, The Venue for commercial dance, Atlantis for chilling out on the beach and some laid-back R&B. Pay visit to a super-club called Stadium. Not to mention, Futures for the best DJ's from Cream and Ministry of Sound. 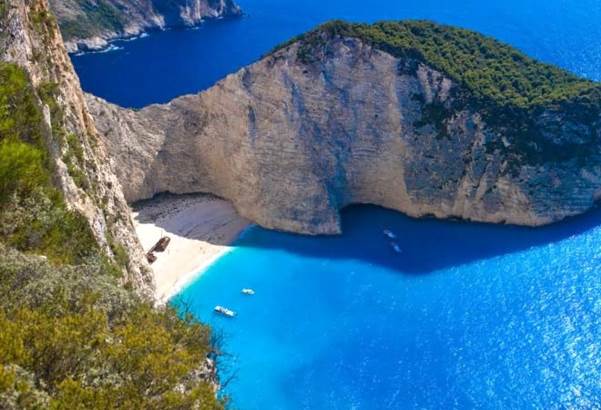 Very similar and close to Kavos, Laganas is just another party island in Greece. Club and bars are located in a single street which allows you to have a look around to gauge the atmosphere. Just like Kavos, drinks are super cheap and will get you high in no times, and you will also be surprised that most bars sell laughing gas, so why not have a balloon before hitting the club. The party crowd ranges between 18-30 years-old and are mainly British.

If you like tasty and boozy cocktails, we can recommend Cheeky Tikis Bar with its Polynesian themed Tiki bar where you will sure find all of the cocktail favourites. The Pure Beach Club is a wild and bouncing outdoor bar with the latest house music mixes that will keep you going all night.

Apart from clubbing, Zante is arguably one of the most beautiful Greek islands for hidden coves and beaches particularly the shipwreck beach, Navagio. 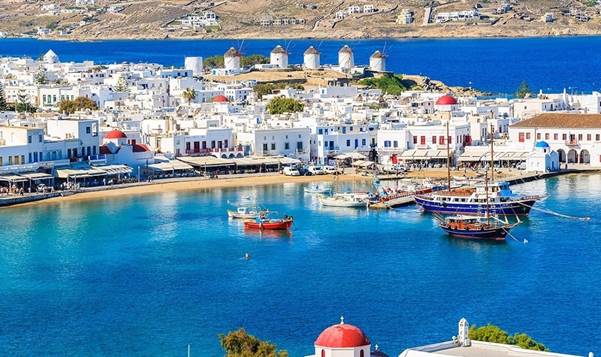 Greece is mainly known for its mythology, Tzatziki, sirtaki dance, beautiful turquoise water and fine sand. Mykonos if famed for its windmills and cobbled stones street and when the sun set the place turns into one of the most vibrant party hub in the Aegean Sea.

You'll find the absolutely crazy parties filled with and eclectic crowd coming from all over Europe. We suggest to head to Tropicana Beach Bar or Super Paradise Club for the wildest and busiest parties on the island. Also worth checking out is the Scandinavian Bar in downtown Mykonos where will guarantee you a fun night

Budget-wise Mykonos is not the cheapest of all party islands, entrance fee to club ranges between 15€ and 30€ and the standard beer is priced at 5€ 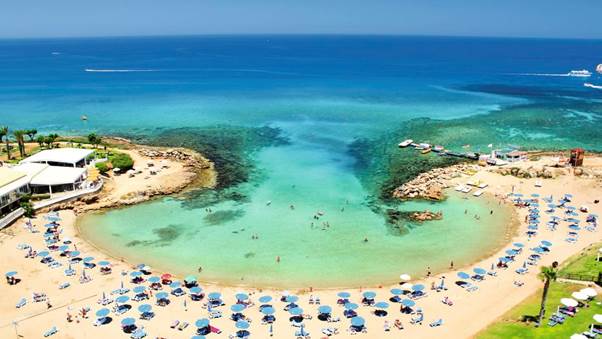 Considered by many for being one of top party island in Europe, Ayia Napa is a party paradise with over 250 bars and clubs to pick from. Most located around buzzing Napa Square where you will find music that suits your taste. From dance and R&B to disco and house beats. Ayia Napa has 12 main clubs and two remain open till breakfast. Some of the most popular clubs include Carwash Disco, Castle, Starskys, River, and the Makronissos Beach Club.

Abyss is all about grime, garage and R&B, with a popular foam party night. Club Ice is one of the most popular clubs in the resort, with a riotous foam party on a Monday night. And for those looking to carry on the party, both River Reggae and Aqua club put on after parties until well after the sun comes up

Ayia Napa is not as cheap as Kavos or Laganas, club entrance fee varies from 10€ to 25€ and Drinks cost around 5€ each, and around 3€ for a shot. 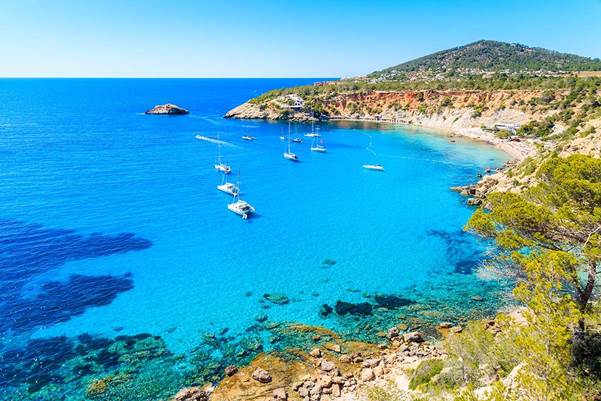 World-famous Ibiza hosts some of the best party worldwide with world-class DJ's. It is very likely that you have experienced the ibiza madness in past. If not yet, you are missing out on a lot of fun and should wait no more. Mainly buzzing around the summer from beginning of June to Beginning of September, the clubbing scene is mainly located between 3 zones. San Antonio, Ibiza Town and in between (San Rafael).

San-Antonio is the wild side of the island, where alcohol is literally flowing in the street and where drunk tourists is the norm. The crowd is mainly English tourists between 18 and 40 years old. You will also see families with kids more into enjoying the beauty of the island rather than partying. The main clubs around San Antonio are Eden, Es Paradis, Ibiza rocks and Plastik that can keep you busy at night until usually 6am. Entrance fee is usually 25€, but you can also get in for free, if you go early or got a pass. Don't expect big DJ's in these places as they usually attract the average clubber. During the day, you can chill and drink some beers or sip some cocktails at a beach club, we recommend Ocean Beach Club, for about 15€

Ibiza town, is the peaceful side and more authentic side of the island as most tourists stay in San Antonio. If you planning on staying in San Antonio, we strongly recommend you visit Ibiza town during your stay. On this side are located the big famous club like Pacha, HÏ, HEART, Bora Bora, Lío, UshuaÏa and Swag. Usually the entrance fee is between 50 and 80€ depending on the DJ. If you are really into electronic music and love the Top DJ's, this is where you should go.

San Rafael is sitting between Ibiza and San Antonio and is accessible via a shuttle bus all night. You usually gain free access with your club ticket. Privilege and Amnesia are the two main club we recommend visiting. Entrance fee is between 50 and 80€ depending on the night.

You can get cheaper tickets when you buy in advance from any of the street vendors, who literally dotted around and you will also be surprised that you can by your tickets from the hostel, the bakery and even the shoe shop. Don't hesitate to walk around and bargain! Ibiza has plenty to offer, don't forget to try one of the boat party that usually includes a club ticket.

After a heavy and wild night of party, why not hit the beach. Simply rent a scooter or hop on the bus. We recommend Cala Salateda beach and Cala Bassa beach.

Want to party round the clock in Ibiza? Stay at one of these party hostels:

The Top 3 of the Best Party Hostels in Ibiza

Read the latest party trends near you

Party's Over For Erasmus Students in the Post-Brexit UK
By Bella C.Wednesday 30th December 2020

Keep in touch with us and receive amazing party offers, special discounts and the latest party tips for your city when you like our FACEBOOK PAGE. 100% Free! JOIN US NOW! 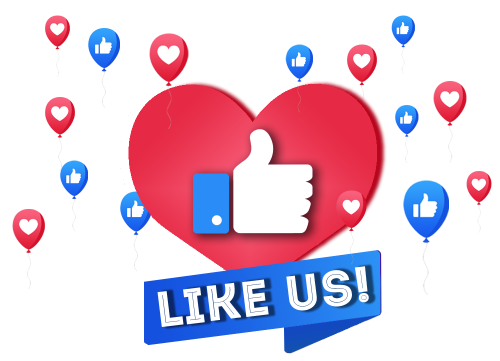 Don't miss out on the clubbing experience when you reach your destination. Start your search now and get ready to party when you arrive!